Aubrey McClendon’s Utica shale company will give 6,000 acres of Ohio land toChesapeake Energy Corp. and pay up to $25 million in a partial settlement with the company he brought to prominence.

Oklahoma City-based Chesapeake filed the lawsuit in February, alleging McClendon took swaths of data from Chesapeake, which he co-founded and ran until 2013. Shortly after his exit from Chesapeake, McClendon’s new company bought huge swaths of acreage in eastern Ohio, where it today remains one of the major acreage holders.

Chesapeake still has the most land.

American Energy-Utica will give Chesapeake 6,000 acres in northern Harrison County.

Energy & Minerals Group did not inform McClendon of the decision.

“Although Mr. McClendon is a director and the single largest non-institutional shareholder in AEU, he did not approve the settlement and neither he nor AELP were advised of the negotiated terms of this settlement,” American Energy Partners LP said in a statement.

The parent company plans to fight the remaining charges. It has set up a website to state its case.

6,000 acres in north Harrison county........I didn't think there was that much left to lease when AEU showed up.......could be hbp acres they acquired from buying shallow drillers?....redhill?...others?

I am hoping it is bits and pieces of land in Northern Harrison as I live in that area and sure hope I am not now going to have to deal with CHK. I think I was told that Red Hill had over 20000 acres hbp.  I knew something was in the wind with AEU at the end of the year, but did not know it was that McClendon was gone. RedHill had a deal with AEU but they did not actually buy the leases was just a joint venture.

I do read the news and nothing in the press release about combining the Utica and Marcellus units and the new appointee stated that McClendon would be out of the loop and I guess I missed that this is a spin off that is no longer part of the parent and McClendon is no longer involved. This settlement is a legal document and would require his signature if he were still in control.  Actually the news said he did not know about it and that the financial backers signed the deal. I guess you have inside info and deal with AEU and know that he is still very involved.

If you "would of saw" that several sites still today like Bloomberg, Reuters list him as an officer, CFO, CEO, COO,

So the current statement about him not being connected would seem to have occurred quietly without an actual announcement till this press release. Perhaps to shelter AEU from holdings and drilling being interfered with by a injunction that was mentioned in the press release from law suit.

It's hard to believe that your company can make deals/settlements without your approval. But I guess if you are operating with someone else's $$$, then they are the Boss! Anyway, he is still drilling away in the Utica, Harrison/Guernsey co. Ohio. When oil & gas goes back up, AEP will have lots of wells ready to go. Other companies now sitting on the A#!&) will have to go thru  drilling  & fracking 1st. Aubrey's regional offices are framed up. Roof is going on now. Looks like all the buildings had to be sprolled out as 1 storys  maybe because it's on the hill by the Cambridge airpor'ts airspace? Just guessing. 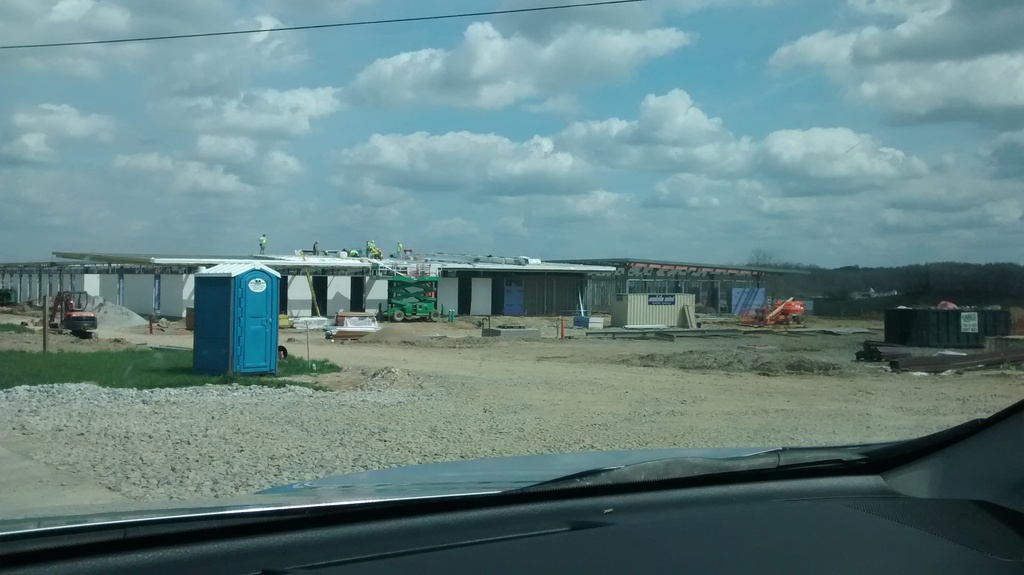 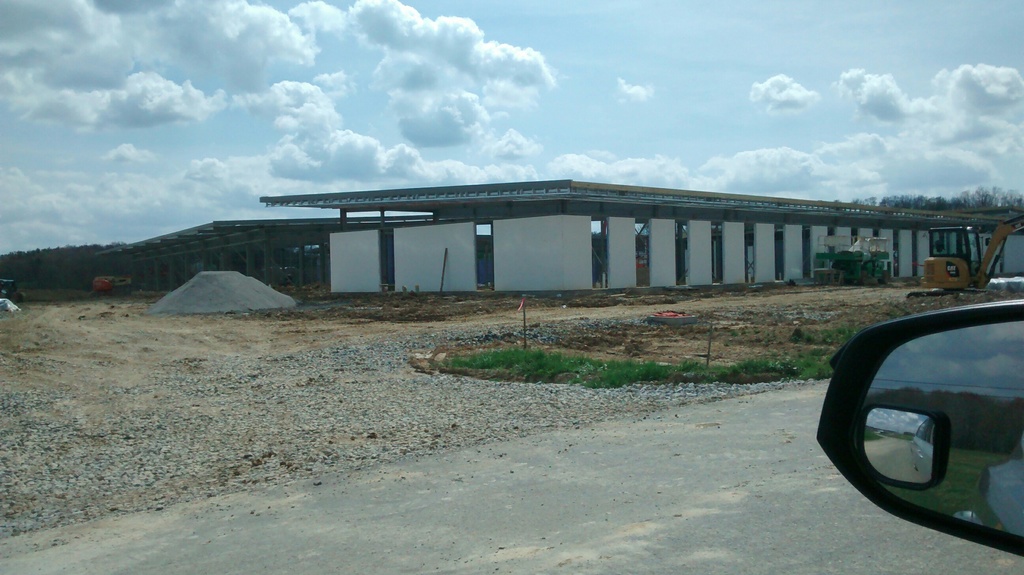 Aubrey McClendon appears to have lost some support from his biggest financier over allegations that he started American Energy Partners LP using trade secrets taken shortly before his forced departure from Chesapeake Energy Corp. in 2013.

In a lawsuit filed in mid-February, Chesapeake accused Mr. McClendon--its founder and former chief executive--of making off with confidential data and maps of oil and gas prospects that he then used to buy up drilling rights on acreage Chesapeake had hoped to acquire.

But on Tuesday, an affiliate of American Energy controlled by EMG said it had agreed to assign approximately 6,000 acres in Ohio to Chesapeake, along with a combination of cash and payments up to $25 million. In exchange, the affiliate, American Energy-Utica LLC--in which EMG is the largest equity investor--and 20 unnamed investors are being dropped from Chesapeake's lawsuit, according to a statement from EMG and American Energy-Utica.

Mr. McClendon is no longer an officer of American Energy-Utica, the statement said.

Mr. Raymond and Energy & Minerals had no immediate comment.

In response, Mr. McClendon said he has the right to possess the disputed data. American Energy-Utica. "apparently chose to settle with Chesapeake before any discovery was taken, evidently for the business purpose of mitigating further damage that Chesapeake's litigation has been having on AEU's business and financing activities," he said in a statement. "This resolution should not be mistaken as reflecting an informed view of the merits of Chesapeake's claims or a concession of any liability by any party to Chesapeake."

Mr. McClendon said that he remains a director of American Energy-Utica's parent company and an officer of many of its other affiliates.

You are correct, but it did have a quote from Aubrey that was not in the other articles:

"apparently chose to settle with Chesapeake before any discovery was taken, evidently for the business purpose of mitigating further damage that Chesapeake's litigation has been having on AEU's business and financing activities," he said in a statement. "This resolution should not be mistaken as reflecting an informed view of the merits of Chesapeake's claims or a concession of any liability by any party to Chesapeake."