Some true,some hearsay...Aubrey is looking for a site to build his regional office with a Cambridge address.  Aep Utica is looking to drill a well behind the General store in Old Washington,early feb.   .AEP is drilling now in Harrison co. Rice will be moving their big rig from Belmont co. to daddy Shugerts well in Old Washington,soon. Bluegrass Pipeline coming thru the county this year. Compressor  station for Antero's well below Senecaville is ready to fire up any day.  Gulfport is sending rigs to Guernsey soon. EQT is wanting to drill 21 new wells in Guernsey this year. Carrizo has 2 pads built,ready to roll. Cheasapeake,all of a  sudden,likes Guernsey,better than Carroll. The company wanting to build an apartment complex at the I-77/Rt.22 site has agreed to help finance a sewer plant needed at that site& Coventry Estates. Motel to be built across from Pilot on the hill almost ready to roll. Some landowners near Quaker City are getting offers of $13,400. per acre to sell their Mineral rights.  Any other tidbits are welcome. You hear things from credible sources that may not even be true,but you be the judge.

no plans that I've heard of. It aLL HINGES ON WHETHER OR NOT THE 21,000 SALT FORK PARK GETS LEASED . 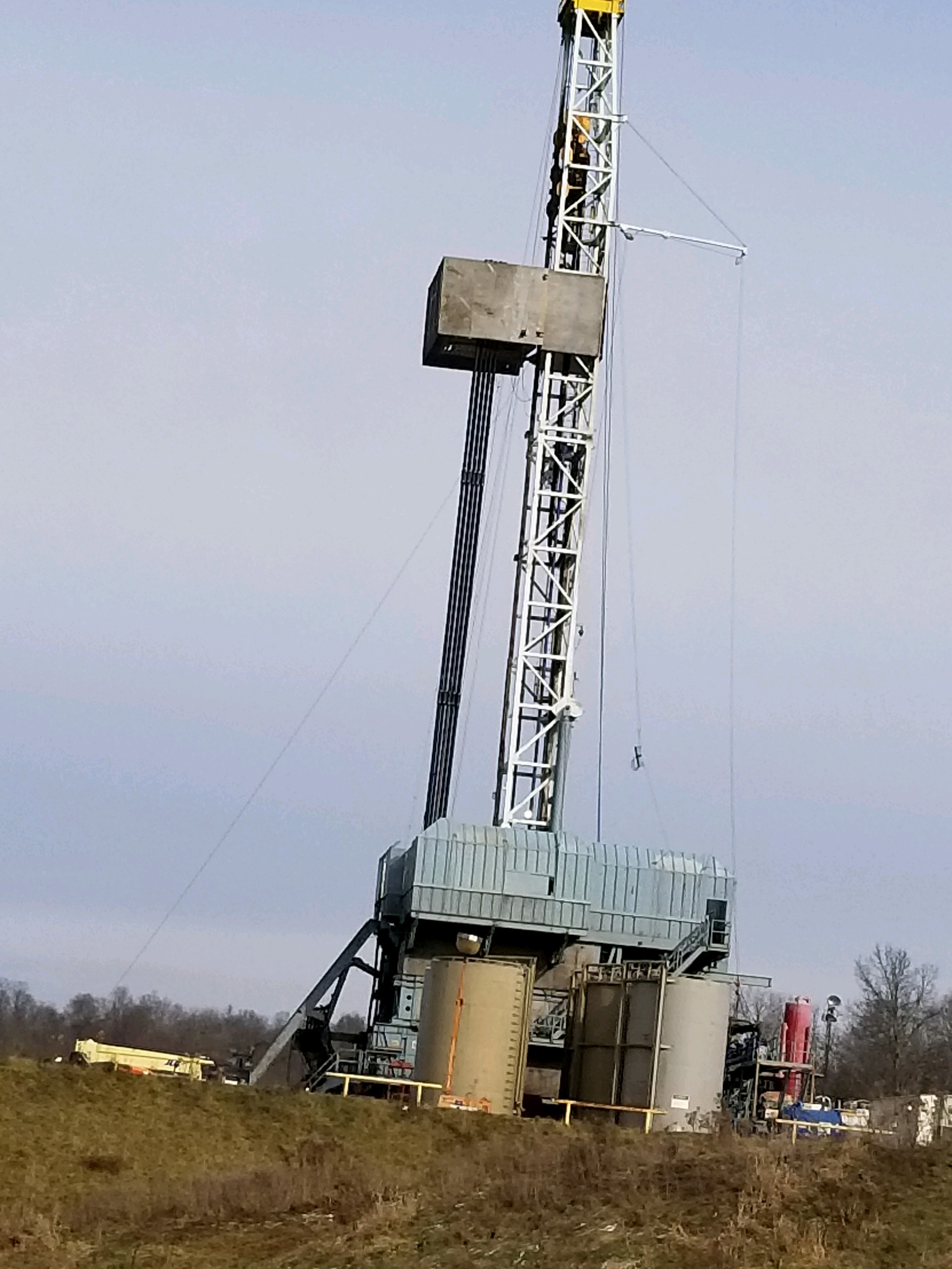 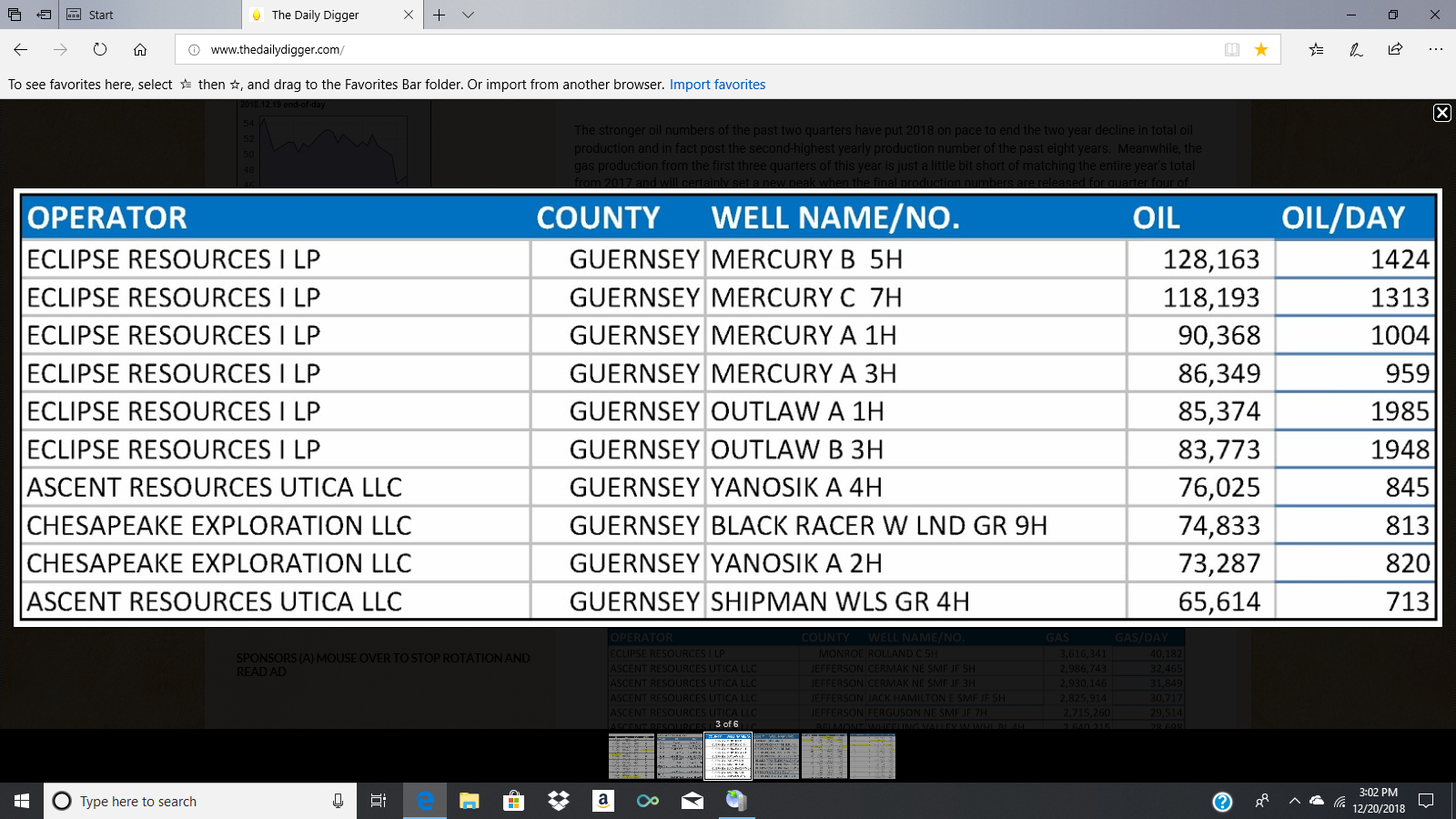 This site is dying, no one posts anymore.    One of my Leases expired, it was originally with Shell. bought by Ascent. East of I-77 west of Rt.285,guernsey county. I emailed ascent, told them I either want it extended or released at the recorders office. They said they will release it.takes 6/8 weeks.May be a long time before they'll be drilling west of Winterset? State park & interstate non-lease scenario is hurting this area, not to mention low price of oil. Not complaining about the $1.75 gal. gas prices,though.

Permalink Reply by lance on January 6, 2019 at 9:15am
Yeah, Bo, I know this site was a great place to get info on O/G... But when they changed the format a couple years ago it went down hill... It was also a good platform to voice our political opinions and share info on the polititions maybe we can resurrect it for 2020 elections. Our future for O/G still hinges on whether or not the liberals take control of the White house. If they do we can kiss all this growth and prosperity good bye...

Permalink Reply by skittles on January 6, 2019 at 10:03am
I think once people get their lease settled and start receiving royalties, they don't want to share info anymore. They either don't want others to know how much they are getting, or not getting.
Same with pipelines.
Maybe they are too busy managing their money. IDK.

I'd say you are right! Why bother with this site when you have more money than ever. But we still need to stay ahead of what's going on in D.C. and our local government because they have the power to take it all back and give it to the illegal aliens flooding across our southern border... Believe me, they would if they could. If we let them. The only way the liberals can stay in power is by adding all those "have nots" to their voting base. Why do you suppose they are for open borders, no wall or barrier to keep them out and allowing those people to vote without I.D. Nancy Pelosi is now 3rd in line for the POTUS... WE need to pray nothing happens to Trump and Pence in the mean time. If this country goes the way of the Liberal agenda God help us all! We will have no U.S.A. it will be transformed into a "Globalist" society and our children and grand children will never know what true freedom is.

Rumor is; Eclipse is wanting to lease ALL of center twp. in Guernsey county. There is a local landowner group ,along with an attorney group, handling  the leases. This is only word of mouth stuff,so don't get too exited yet.Eclipse is currently in a merger with Blue Ridge Mt. ,who use to be  Magnum Hunter. That deal is suppose to be completed later this 1st qtr. I cant see them making any big deals like this until after the merger is completed and their new  financial situation is set in place. They can probably offer more $ and better lease language after the merger.  Their new name will be Montage Resources. They will have most of Millwood twp. drilled before too long, maybe their next move will be Center twp. which was about all leased back 6 years ago by Shell OiL in the big landgrab deal where everyone from Londonderry to I-77 was able to sign up for their lease deal. Most of those leases have expired. Ascent has assumed those leases and have renewed some,released some, and haven't done anything with most of them. If you have an expired lease, you should get it released at the recorders office,if you want to make any new deals. Ascent will have the option of either releasing them,or if they want to keep them,they can extend by paying another bonus according to the lease language. Again; until there is actually any truth to the eclipse/center twp. news, don't get too exited.But getting your expired lease dealt with might be a good idea. Center twp goes from I-77 ,out 265 to lore city,up to Deerassic,then over to Center,then down past Southeastern equip. to I-70. Anyone with any info on this deal, please post.

Permalink Reply by mike james on January 31, 2019 at 8:59am
I’m about 1/4 mile outside of center township. If that birds eye a hill. Any info one the name of land group or lawyers handling this?