Let me know if you need a Referal. 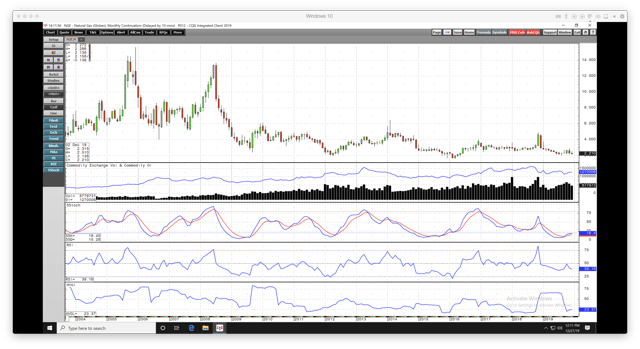 Its almost Jan 1 st and the price of N gas is a joke .... Producers cannot help themselves and heaven forbid they got together to reduce production , the Gov would be all over them for price fixing ......

Some of the luckier or not so lucky landowners made poor choices and went whole hog and borrowed against the promise of large monthly royalty's for years to come. So now they have constructed new homes, bought new and better farm equipment and upgraded their property.  So now their promised balloon full of dollar bills deflated and they are left with a truck load of bills to pay.

Other smaller landowners welcomed what ever windfall came their way. And tried to catch up, if they were lucky, with outstanding bills. A few others managed to eat out at McDonalds or Kentucky Fried Chicken once a week instead of peanut butter  sandwiches!

However, all of us were rewarded with upgraded bridges, fewer potholes per mile and some township roads being converted from rutted almost impassable cow paths at times, to paved sections at least to well sites.

Now if someone will just put their brain cells to work and find new uses, products, etcetera for  the surplus of gas and oil, the country indeed would be in pretty good shape.

Come on you Chemists and scientists, Put your brains to work to find solutions to the surplus!

Boom or Bust...been this way for many years...many cycles. No reason to think this will be any different than the past, although I can see the 'lows' lasting longer this time.

Count yourself blessed if you have been drilled since the last bust...because the next boom is years away...and very few will be drilled in the coming months/years. The waiting game can be a good thing if you are young, but if you are older, the recent past drilling/production has been a stroke of luck that one should be thankful for...just sayin...

"Boom or Bust!"   I've heard that phrase so many times from my father for the past 85 years. Seems like every time the new party gets elected the "Boom" comes. And when the other party wins, well....., then comes the "Bust!"

NG Price closed at $1.91 today. If it continues down the next support level is at $1.60. If you have been drilled....be grateful you are! IMO this is not a Boom or Bust issue. Huge major shale discoveries of NG are taking place almost weekly with no end in sight of that happening. Shell announced a huge shale reserve in Australia two weeks ago...

Seneca announced today that they have 3 rigs in operation in PA and that they are pulling their drilling rig from Tioga Co as soon as the 6 well pad is completed possible before summer.

There is absolutely no evidence that indicated that demand will out source supply for years to come. (IMO)

Repsol is forging ahead in the southern townships.....

SWN is hanging on.

And Granddad, I get the impression you believe that Trump is the cause. Be very careful for what you may be praying for.

I don't know for sure, GOTGAS, but maybe Ralph cramdon might be talking about the Northern Tier of Pennsylvania.

My question regarding Tier 1 spots...are they more profitable wells because of the sheer volume they produce?

I guess E&P's have to produce to maintain some cash flow, but isn't producing your 'best acreage' in this price environment kinda like selling the farm at a discount??

Another question...in a low NG price environment, why not produce more wells from an existing (tier 2 or lesser) pad to save some of the costs? The lease is in effect, the pad is built, pipelines are in place, etc.