A Practice Built On 'All Things Marcellus'

For Pennsylvania attorney Douglas Clark, the Marcellus Shale is a family matter. His first clients in the oil and gas space were his in-laws and their neighbors in Wayne County, and he has built an entire business around representing rural landowners in the Keystone State who remind him of his parents and grandparents.

“It’s been a gift to represent them,” Clark told GoMarcellusShale in a telephone interview. “It’s unbelievably rewarding to work with these people and get them the benefits” of living on resource-rich land. 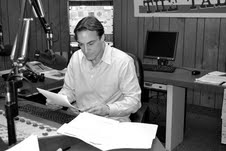 Clark, who also hosts the radio program “All Things Marcellus” on WTRW in Scranton, Pa., never planned to get into the shale legal business. After earning his law degree from the University of Akron in Ohio, he moved to northeastern Pennsylvania to practice civil defense law. Clark later worked for the Lackawanna County Public Defenders Office and then started his own firm, taking on a mix of cases.

But after representing his in-laws and neighbors for several months in 2007-2008, Clark sensed landowners were at a disadvantage in negotiating with oil and gas companies. Some landowners were signing leases for bonuses of $100 an acre, while others were getting as much as $750. This was before the boom ultimately drove the market price to $5,750 bonuses and royalties of 20-plus percent.

Clark believed he could help. He bought advertising space in the local PennySaver publication and was off to the shale leasing races. “It just took off,” he said of landowners lining up for expert advice.

Years later, Clark is still going strong as a solo attorney for landowners. He tackles well-site, storage and pipeline agreements across the state. Lately he is handling more royalty payments and estate plans. The latter includes issues such as transferring property and ensuring that gas companies calculate royalties appropriately.

Clark approaches his work with two underlying goals – first and foremost, educating Pennsylvania property owners, and then, if they choose to pursue royalty and land-use contracts, getting them the best deals possible.

“We cater to the individual landowner,” Clark said. “I’ve never represented a group. ... I think the group representation just creates all kinds of conflicts of interest” because each landowner’s concerns are not necessarily relevant to other members.

One of Clark’s most rewarding cases involved a retired schoolteacher and widow whose special-needs son needs constant care. She considered selling her property until Clark explained that the market price for leasing it was greater than the value of the land.

Now she is in a position to earn enough through royalties to create a trust fund for her child. “It has given her such a peace of mind to create this trust and to know that she can take care of her son when she’s no longer here,” Clark said.

Most of Clark’s clients are in the Marcellus region, but his practice also encompasses the Utica Shale that lies beneath Marcellus and the Medina Group. “We’re just anything in Pennsylvania,” he said.

He said the biggest challenge for landowners is getting good, credible information, such as the value of other leaseholds in their areas and the companies that hold leases. “You need to know what your leverage is and then operate from there,” Clark said.

One point he always emphasizes: “If you don’t fully understand a document, you shouldn’t sign that document.” That includes understanding the potential future consequences of contract language.

Clark added that it’s not a good idea to make decisions based on neighborhood scuttlebutt because information at the local gas station or diner may be outdated. “The market has changed so much today,” he said, and not to the advantage of landowners.

If you own a 10-acre pocket, Clark said, “you’re leverage isn’t the same as it used to be because there’s no longer the competition for the leasing.”

Do you know a legal expert in the shale business who should be in this spotlight? Send your suggestions to Danny Glover at tabrasamedia@gmail.com.

Is this piece an advertisement or a news story?

GotGas replied to Theresa Kolk's discussion 'What's going on in your area?? any info???' in the group Tioga County, PA
Sunday

Thomas Lilli replied to Theresa Kolk's discussion 'What's going on in your area?? any info???' in the group Tioga County, PA
Sunday

GotGas replied to Theresa Kolk's discussion 'What's going on in your area?? any info???' in the group Tioga County, PA
Sunday

Thomas Lilli replied to Theresa Kolk's discussion 'What's going on in your area?? any info???' in the group Tioga County, PA
Saturday