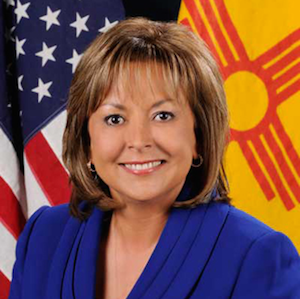 The plan put forth by Martinez, who is the nation’s first female Hispanic governor, calls for “an ‘all-of-the-above’ approach to energy development that promotes production from all sources” in order to create jobs, diversify a key sector of New Mexico’s economy and support the nation’s efforts to achieve energy independence, among other goals, Lonergan said this week.

Improving the state’s energy infrastructure, for example, will include new rail lines to improved electric transmission that will allow New Mexico to better move its energy and its products to markets in the Southwest and Southeast United States, as well as into Mexico and other markets.

In particular, rail from the Four Corners region to Interstate 40 would reduce the cost of transporting coal, crude oil and agricultural and other non-energy products from northwest New Mexico to markets throughout the state and beyond. Such improvements also would allow materials for energy production to be brought into New Mexico at a lower cost to producers.

In a statement unveiling her statewide energy plan earlier this month, Martinez called New Mexico “one of the most energy-rich and energy-diverse states in the nation.”

Such traits, the governor said, provide “an excellent opportunity to utilize this position to grow our economy and create more jobs.”

Additionally, Martinez said that improving the state’s energy infrastructure, responsibly developing and producing all types of energy, and better preparing the workforce for the energy sector “are all critical components not only of a strong economic future, but of helping lead America to energy independence.”

The 2015 New Mexico Energy Plan is the result of more than a year’s worth of work that included several public listening sessions held throughout the state with community leaders, energy stakeholders and citizens.

Moving forward, the plan will be updated at regular intervals with opportunities for public input each time, Lonergan said.