Why can't people learn from the past?

We really don't need any dummies like this driller setting back shale drilling progression. Have we learned nothing?

Invite the reporter to watch, explain the process, answer his questions. It's extremely foolish to create more mystery and intrigue than what is necessary.

Stupidity gets us no where. 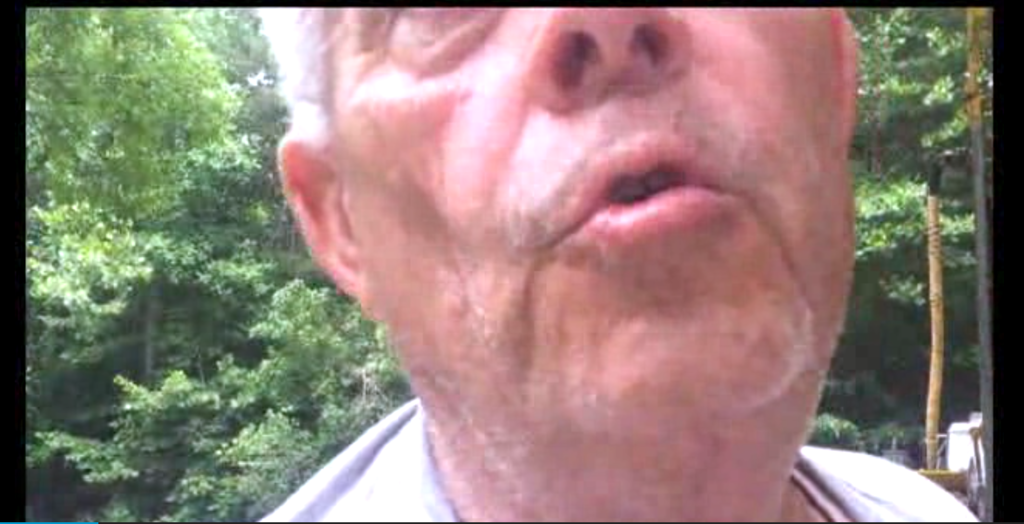 Replies are closed for this discussion.

I think you owe the driller an apology for calling him a dummy.  While this is a case where the incident should have been handled better and I do not have all the facts surrounding the contracting and permitting of this coring operation, the driller is clearly within his rights and responsibilities to demand that the reporter retreat to outside the rig exclusion zone.  The reporter refuses the reasonable request escalating the driller's response.  The driller was being responsible by demanding the reporter remove himself from proximity to the potential hazards common to a drilling operation.  As it is reasonable to assume the reporter has no training to recognize these hazards, he is placing himself in potential danger and creating a potential serious liability for the driller, should his action result in an injury to himself.  Small tight rig zones also cause issues with evacuation in an emergency and the reporter was in the wrong to block any vehicles.

The reporter knows how to push a good ole boy's buttons to make a good story.  If he had moved outside  the exclusion zone, perhaps someone would have answered his questions.  In any case, the questions he was asking would have been more properly directed to the state agency that contracted the driller for the project.  It would have been a courtesy to proceed through the agency representative and request a site visit.

I learned quickly as a young geologist, that the driller's orders were law on the rig site.  I also learned that hesitation in complying with an order could lead to a serious accident.  Whether I thought a particular driller was over the top or not, in nearly all cases they had a good underlying reason for their decision.

If this was a big oil operation there would have been someone designated to speak with passersby, but they definitely would have been escorted to a safe distance before having their conversation.  I can recall that 30 years ago, the reporter may have been more forcibly removed to outside the exclusion zone by the rig helpers.  It is unfortunate that this incident will likely be used to stereotype drilling operations,  but it appears to me that this reporter's behavior was unintentionally or deliberately provocative.

On the other hand, it is also an interesting exercise to count the number of potential safety violations within the rig exclusion zone.

I don't believe I would have used "Dummy" but for his response of, "You getting in my face!?" For me that seals it.

Also as you mention, "The reporter knows how to push a good ole boy's buttons to make a good story." And that shows that after 7+ years of this some of us have yet to connect the dots.

Dummy is a bit too pejorative for me.  Foolish to be played so well is I think a better description, though it doesn't make a good title.  Your point about losing a state contract is spot on.

Thirty years ago I had used a driller who slightly reminds me of this guy.  He was very prickly, quick to get riled up if he wasn't respected, but he could cut and retrieve perfect core.  That is what I wanted out of a driller, and I put up with the rest of the package.  Friendly drillers were a plus to have, but at the end of the day we had a job to do.  Things are different now for most of us, and I certainly would make sure this guy wasn't the public contact on the project based on his behavior.

I'm sure this guy knows his drilling stuff.

Permalink Reply by Jonathan Blair on July 22, 2015 at 11:38am
I believe that it could have been handled a little bit more diplomatic but guys like this reporter have no buisiness that close to a rig. I understand the community needs to be educated on the practices of safe drilling but a simple phone call to set up a meeting g with the company would have been more appropriate.
I can tell by the post that this poster has no clue on what it takes to be a buisiness man by his comment of calling him a big dummy. This is why insurance is so expensive for oil and gas companies. You can not have someone that has no clue about drilling on your site, had the reporter listened to the gentleman and walked back across the line where he should be maybe all his questions would have been answered. Instead he was be oppositional and had no concern for the safety of himself.... stupid.
Also what happened to the good old days? Maybe the rig hands could have helped this reporter back across the line? I for one would have been all for educating him about what is going on had he followed the gentlemens request tk go back across the safety line. I for one am also ok with the rig hands taking care of buisiness after numerous times asking nicely to get back behind the line.

Oh so now I don't have any idea what it takes to run a business, lol.

This driller may learn what it means to lose a state contract to drill public lands. My astute business skills tell me that you don't threaten media when you are working for the government.

Permalink Reply by Jonathan Blair on July 22, 2015 at 1:17pm
Lol, let me ask you this buisiness man, how much buisiness do you do directly with the oil and gas company's? Water hauling, surveying, building pipelines, pads, rig moving, hauling the wellheads, the communications or the on site accommodations? Does your revenue exceed 5 million a year? Obviously not since you don't understand the liability insurance issues with having a pedestrian on site. Does your company have safety personnel or EHS to follow all the regulations you must abide by?
Also on another note, not allowing a company to post what they pay an acre for mineral rights on your site seems kinda silly. Alot of us come to this site to find what is going on and what may be the highest offer available. But I too have read your regulations on posting or "advertising" that isn't allowed and therefore don't complain about your rules..... only because I abide by your regulations that you have in place as well as the reporter should have done.
Thank you for this site but I believe your narrow minded opinion is a turn off.
thanks,
JB

Jonathan, do you think it's a smart business decision to react to a reporter like that when you are working a government contract?

And members are welcome to post their offers and they do...that's never been an issue. Have a great one.

Permalink Reply by Jonathan Blair on July 22, 2015 at 2:33pm
It's simple, it's called emotions. If you are basing your whole opinion on one comment I understand your reasoning. But I believe he handled the whole situation pretty reasonable. But I bet you $10.00 "ten dollars" he doesn't loose the contract due to the "get in my face" comment. Being a government contract they are out for bid and many companies will bid on this. If you are correct please private message me your address and I will gladly send you a check.
All the best
JB