A few months ago, the Daily Review newspaper in Towanda, PA featured a letter to the editor calling for policing gas and oil wells in Pennsylvania for public safety reasons.

If you ask most people who live and work at the supposed epicenter of the “Marcellus Shale Play”; Bradford County, PA, their concern is usually couched in observations of the somewhat frenzied: “Fracking and Trucking” process at and around gas and oil well sites here.

It has been reported recently that at least one town in New York State has adopted a radical zoning ordinance that effectively excludes all “frack-truck” traffic from the town proper.   Without stretching the truth, or adopting outlandish measures, it can be surmised that most Bradford County residents would, at least partially support, the increased enforcement of motor carrier regulations by Penn Dot and the police, if the measure would improve local public safety, yet still allow the energy companies to safely; “drill baby drill.”

This letter is not the product of a scientist or gas man;  but it doesn’t take a PhD in geology, or the vast and practical experience of a veteran roughneck to reasonably conclude that there’s a veritable  firestorm of controversy brewing regarding what’s termed;  “the hydraulic fracturing process” and it’s ultimate affects on the environment, human beings and animals.

Like anything in life; it seems that the learned ones frequently say that there’s negatives and positives on both sides of any argument, and the key  to success is reaching common ground, arriving at a mutually beneficial conclusion that does;  “no harm to- no one.”

The way I understand it, any industrial intrusion on pristine nature has environmental,  ecological and social ramifications;  both good and bad, depending on your perspective.  Some energy corporations say that the emergence of gas and oil production is in its infancy in our region, and for better or worse many people are already noticing the difference.  The infusion to the economy here, and across the state; is a welcome and positive change which portends a healthy monetary future.

This is a good thing, however, closely guarding public health, safety and security is still an important communal objective; demanding continual attention to detail, vigilance, oversight guided by a  professional, competent approach which is legal, ethical and equitable for all parties involved.  Any effective regimen of group problem solving which involves acquiring the goal of true and equal compromise in order to get the job done right the first time;  is absolutely desirable.

Extracting shale gas from natural reserves contained in the deep deposits and ancient formations underground, is truly an ominous and monumental endeavor.  Some energy corporation’s rhetoric purports that this activity has been successfully and safely accomplished to date-world-wide, without incident.  But, news reports document that accidents, mishaps and permanent damage has occurred at many locations throughout the globe.

Evidently, during the “fracking process”, water, chemicals, (some of which critics say may be potentially hazardous and toxic fluids, other substances and/or particles), are injected into the well at extremely high pressures, the likes of which apparently shatter the shale rock laying several miles below ground and eventually enable the removal of the precious product called; “natural gas.”

It seems obvious,( even to the layman), that puncturing and penetrating the earth, and introducing a host of proprietary and generally undisclosed or regulated chemicals there-in, causes legitimate concerns which should be examined prudently in the interest of the people.

There are vital environmental issues involving ground water quality associated with gas and oil, extraction, refining, enhancing, storage and eventual transportation to the market.  The public needs to be protected, because reportedly;   methane and other chemicals, primarily consistent with the production of natural gas, have been discovered in the drinking water of some aquifers during and after drilling.  As a result, a clarion call for heightened regulation is currently underway in some circles, and gas companies are taking steps to rectify any problems caused by their operations.

Groundwater worries at and around gas and oil well sites is one matter that demands immediate mitigation, but equally important are issues of air quality, noise pollution, increased truck traffic, vehicular and pedestrian safety, the visual alteration of landscapes,(i.e.: scenic impacts), and last but not least;  wear and tear on area roads and bridges caused by the toll of such industrial activity.   These are only a few of the many vital public health, safety and quality of life concerns that have emerged rapidly in this rural region that must be dealt with.

Essentially, this is a first in the county, and historically, there are very few benchmarks in our state from which to springboard a plan to circumvent and prevent harbingers of potential problems to come. This type of activity is virtually uncharted territory here in the “Keystone State.”

Increased regulation at the well site for drilling and “fracking” is imperative.  Fracturing fluids may be composed of many chemicals, some of which scientists have said are possibly toxic substances and therefore a potentially serious public health issue to be explored.

It has been estimated that at some specific gas wells, it is not unusual to inject into the ground, several million gallons of fluids during “ fracking.”   As we all know, these fluids are trucked in and out of the site, and in some areas of the country it’s been reported that “frac-fluids” are re-injected into abandoned wells or transported by motor carrier over many miles of our roads to approved re-cycling treatment plants where they are deposited.  It is reasonable to conclude that considering such volume and frequency of truck traffic, the opportunity for the potential of accidents may be increased.

The public should be rightfully concerned about what’s happening around them.

To ensure public health, safety and security;  federal, state and local authorities should therefore enhance inspections and focus enforcement at the center of the oil and gas extraction activity, i.e. the well site proper, as well as along our roads and bridges.

Special attention should be devoted to site security and safety and the backgrounds, experience and training and specific job responsibilities of the personnel manning these operations.   It would not be prudent to leave the total responsibility for safety and security at the well sites exclusively to the energy companies alone.  Licensed police officers should be stationed at well sites.

Additional areas of interest are;  trucking and traffic enforcement, weight limits, cargo, weigh bills and motor carrier transport document examination; other germane restrictions and violations, emergency preparedness at the origin location, at gates and turn-styles, and along prescribed routes of travel.

To be effective, these measures will undoubtedly require the assignment of more long-term police, regulators and authorities deployed at fixed posts and mobile patrol.

With any proactive enforcement initiative to protect the people, of course, there is always an incumbent price tag affixed that the energy companies are able to absorb in order to fine-tune their already existing preventative and reactive public health, safety and security operations.

The challenge oftentimes lies in demonstrating the actual worth of safety and security measures that have prevented negative incidents from occurring rather than earmarking how these steps added to rising bottom line costs and slower rates of production.

Any action that promises to enhance public safety, is probably worth the cost, and energy companies and their contractors should sometimes be reminded that they too are members of our community.  And, they too have a personal stake in safeguarding the quality of life in Bradford County, don’t they? 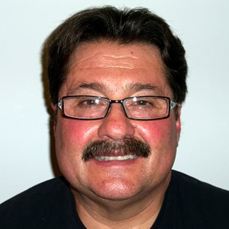 Robert A. Young of Rome, PA is a free lance writer, former Philadelphia police investigator and instructor who has served in various safety and security concerns over the years.

The Center For Rural Pennsylvania and Penn State have released a study on the impact of drilling activity on rural drinking water.  The public can evidently access this report through the website: www.palegislature.us and decide for yourself.