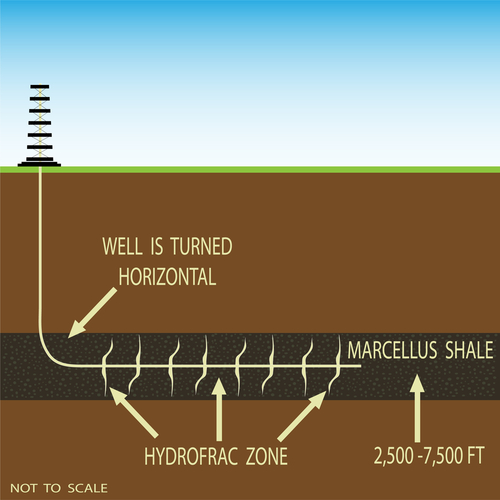 Natural Gas and Reducing Greenhouse Gas...Faster than Renewables Can

Rita McConnell has not received any gifts yet

What is your role?
Gas Professional

It May Be Early, But Pennsylvania is ALREADY Seeing Economic Impact

The Marcellus Shale play may still be in its infancy, but some areas of Pennsylvania are already seeing economic impact in their communities. Imagine what it will do for PA when its really up and running. See this article from Northeat Pennsylvania:

Rita McConnell said…
Thanks for the comment Dan. My intent is to provide a view from inside industry. Just one person's expriences and knowledge ( also spent a number of years inside a government environmental agency, so understand the "sides"), complimented by the ability to walk down the hall and ask people who do this work everyday for the answers people are looking for. Companies - at least ones like mine -- are interested in those types of partnerships as well, and we do our best to encourage them. I'm not about spreading hype -- I'm about telling the story from the people who work inside the industry. They aren't the faceless, unethical, greedy villians so many envision them as. Many, dare I say most, live in the Shale fairways where they work - some have lived here all their lives, others have been able to return from other places now that there are jobs here. I hope you'll consider some of my posts more in depth -- I think you'll see that I recognize the challenges, but also understand just where its easy for opponents of drilling to hurt the industry by stirring confusion. I'm here to be helpful -- and I think some here would agree I have been.
By the way, did you ever get an answer on how roylties are calculated for a drilling unit? (Oct 3) If not, I might be able ot help. No hype.

daniel cohen said…
Dear Rita, if your intent is to educate the landowners in the overall impact of drilling and gas production, I believe that you are missing the mark. If your intent is to advocate for the gas companies and their production methods, you are doing it well. As a landowner, I'm interested in the responsible partnering with the Oil Companies to accomplish several things-the bringing of some economic relief to folks who could use it, to help our country to get off relying on others for our energy, and to avoid contamination of the water reserves and aquifers in the process. Sadly, in your explanations there is a focus on hype rather than responsible partnering.
Dan

Rita McConnell said…
Hey there. Not much happening. Full time consulting for a gas e&p. Exciting to be doing this kind of work in a growing industry with so much opportunity. How about you?

Daryl Clemmens said…
So what's up? Where are you these days?

Chesapeake's CEO didnt sell his stock when he knew his company was tanking last year, saying "I'm the captain of the ship, and I'll go down with it." He lost 2 billion dollars of his own money for his company (2/3 of his estate). Is this really the type of guy you want to make out to be a greedy evil CEO? Would you rather have one of the weasels from Wall Street running this business?

Bottom line is he's an honest, hard working guy who's built his company from the ground up over the past 17 years. He supplies america with thousands of jobs, billions of dollars of taxable revenue, and clean natural gas. Seriously, where do you get off insulting this guy? What the hell have you done for your country?

It shows how ignorant you are about the subject, because the Chesapeake CEO has been the leading voice for Clean natural gas fuels for america. If you're going to make a case against greedy CEO's, pick someone other than McClendon cuz he should be at the bottom of your list. Everytime you open your mouth it just shows how completely clueless you are about anything in this industry. My god....

Sorry for postin this on your page ritaaaa

Robin Fehrenbach Scala said…
Rita,
Just wanted to say that I appreciate your efforts to get the facts out about gas drilling. There are so many people who do not investigate the rumors they hear or seek the truth. I try to do my part but can only be so effective. I am not in the business, but I do see this play as a great opportunity to improve the economy in PA and reverse too many years of pointless struggle for many people. Thanks again.

ROBERT H.DIXON JR. said…
the well site is has been chosen on a neighbors property about a 1/4 mile away it has a sign on it stating range resources no.1 a young guy across the street from the proposed site has had an offer he has 1 acre and was offered 50.00 for the acre plus percentage ive ask somr folks in the community involved in the muncipality grape vine she said a lady said that she was told her royalty could be not less tha 500.00 and not more than 5000.oo per month, also i was told that the twp. does not have to be notified up to 5 days before drilling. i dont know how u made ur decision and i admire u for it cause i am completely confused and distraught.. Thanks for what u have told me have good health and prosper bob

ROBERT H.DIXON JR. said…
do you know a lawyer that is fair towards all and knowledgable did u sign and who did u use sorry to be a pain

ROBERT H.DIXON JR. said…
hi again u say u are an industry professional as in natural gas , lawyer what do u think i should ask for if you were us we have 170 acres with an existing gas line and the property is seperated by a road picture a square with horizontal touching the north east corner does that drain it all or if we sign should we think about putting in clause to be part of any other well that might encroach on the rest

ROBERT H.DIXON JR. said…
rita ,hi , my names bob and im new to the lease game, trying to help my parents resolve a lease agreement their first offer 50/14% on a 170 acre parcel have you signed and do you have any insight as to what is a fair lease and have you dealt with any lawyers yet