If Solar Is So Great Why Does Southern Tier Solar Works Deceive?

Southern Tier Solar Works has again tried to silence Vic Furman, but he has a question. Why, if solar is so great? And, why are they practicing deception?

There’s something rotten going on with Southern Tier Solar Works. Readers of NaturalGasNOW may recall a post I wrote back in June when Southern Tier Solar Works threatened me with police intervention if I attended a propaganda session they were doing in Sidney, New York. Yesterday, when I went to the Broome County Office Building for another of their sales pitches, I was met with further attempts at intimidation. I got in, but it was not without harassment.

Here’s the event to which the public was invited and I signed up: 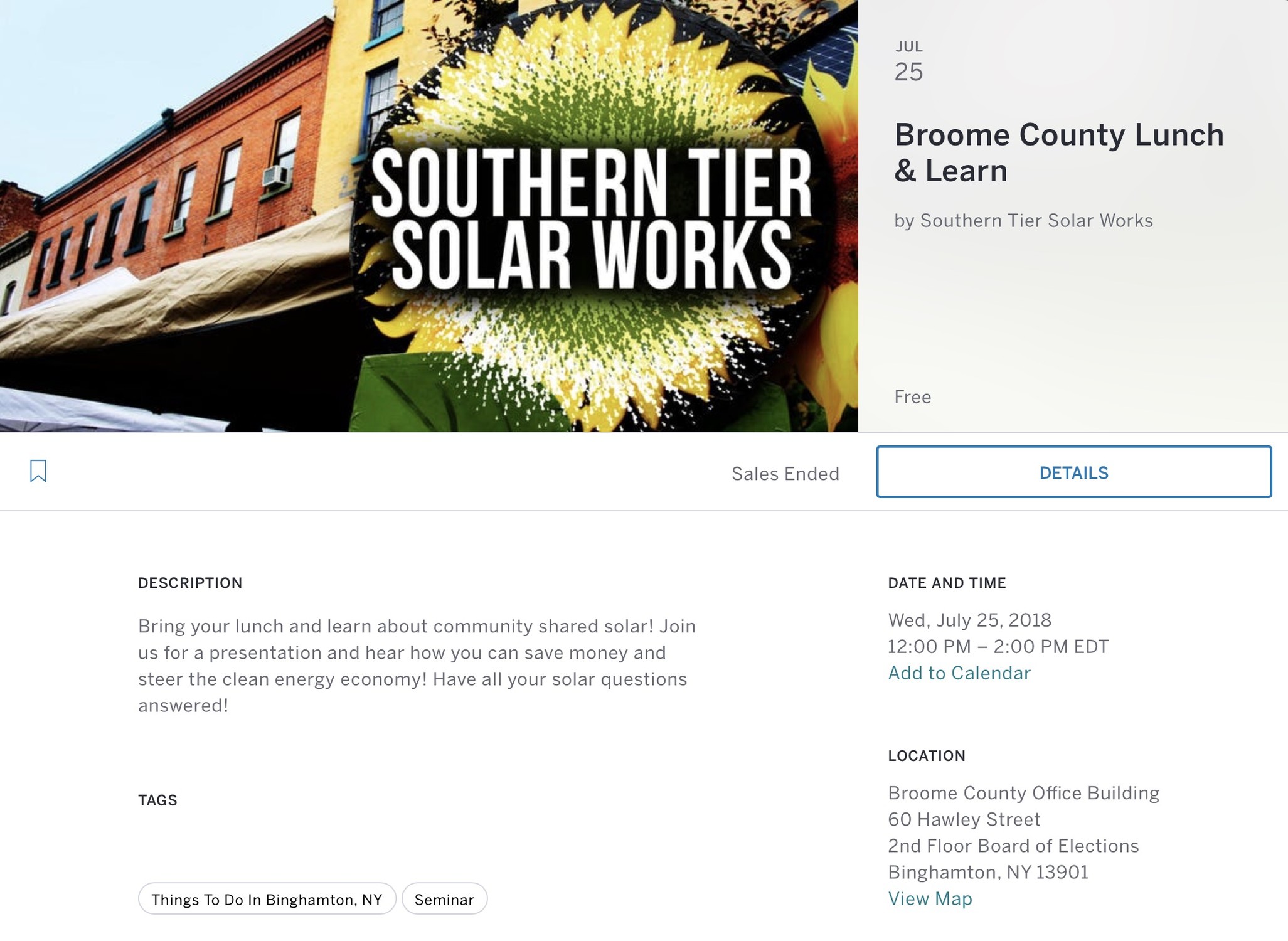 Notice the event was both open to the public and conducted in a public building, the Broome County Office Building. The “Broome County Lunch & Learn” event took place yesterday from Noon until 1:30. I am happy to report the meeting was filled with 50 percent pro-gas supporters who just wanted to question the presenters on their sales pitch and presentation. But, there are two stories here.

First, there was the intimidation attempt. I have entered the Broome County Office Building many, many times with never any problem whatsoever. Today was different.