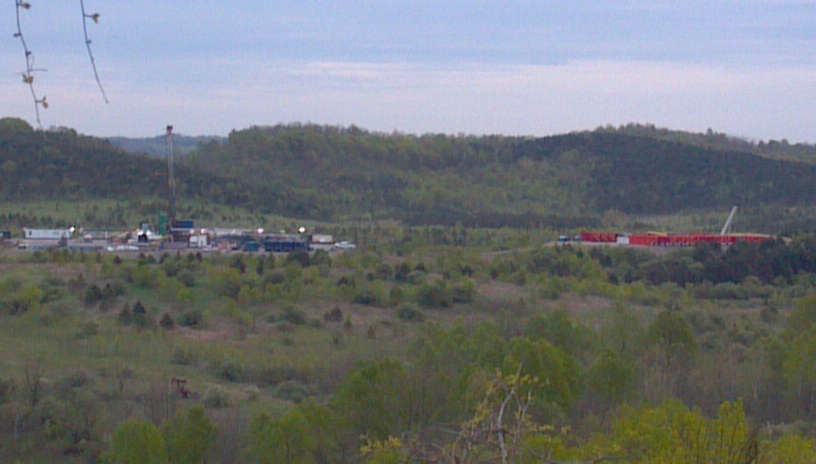 I am not to good at these posts..

Got to see the well yesterday that is being drilled by Andarko that is close to the Wilds in Muskingum County..

Is it any good?

Brad not sure wht you mean?

Well is being drilled..it isn't producing..

Oh ok! Hope it is good. I want to lease but Im too far west- When are they suppose to hit TD?

I spoke with a gentlemen from Rich Hill twp...His neighor just signed for 5000 acrea at 20%.  He has 285 acres and artex has a lease on it until mid July of this year.......needless to say he is crossing the days off one by one and holding his breath that artex doesn't start to drill something......He didn't say who his neighbor leased with... he said there were 4 different companies signing in his area..

I dont think this is accurate- My cousin lives in Rich Hill Twp said there is only 2 companies leasing and they are not paying nearly that much. I know SWEPI leased some people in Muskingum but never got paid!

anybody leased in Muskingum lately. heard companies stopped all leasing in muskingum.

They signed my cousin 4 weeks ago and they wont sign any of his neighbors. Said they are not interested anymore. Shell did not pay the drafts in muskingum. Does anybody know what this means?

Has anyone heard any updates on how the drilling is going or what stage the well is in by now?

Thanks for your time

Read this in todays paper..an update of sorts..

At the end of the task force meeting, Muskingum County Commissioner Steve Strauss gave a drilling update for the county. So far, just one well on Paisley Road in Meigs Township has been hydraulically fractured, he said.

It was fracked by a Canadian company, Strauss said, but that's all the information that has been released.

"We have no information on how it was, and we probably won't for a while," he said.

Only three horizontal Utica permits have been issued in Muskingum County, according to the Ohio Department of Natural Resources -- two in Meigs Township to Anadarko Petroleum Corp. and one in Madison Township to Enervest Operating LLC.

James- any new activity on this well?