Why Marcellus shale gas really is a game changer

Prior to the upsurge in shale gas drilling, and the vast new reserves that are now understood to exist, the odds-on favorite for supplementing the waning conventional domestic supply of natural gas was liquefied natural gas (LNG) brought here from Indonesia, the Middle East, and Russia. Huge capital investments were made in LNG terminals that now sit largely idle. For example, there is the Costa Azul terminal built on the west coast of Mexico with a capacity of 1 billion cubic feet of natural… Continue 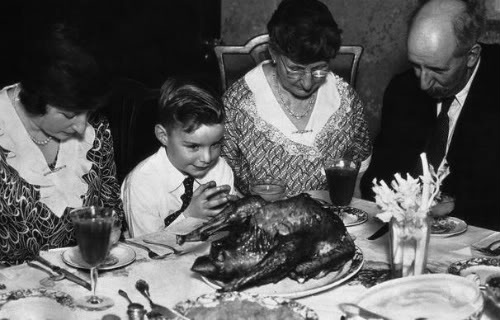 Whereas it is the duty of all Nations to acknowledge the providence of Almighty God, to obey his will, to be grateful for his benefits, and humbly to implore his protection and favor-- and whereas both Houses of Congress have by their joint Committee requested me to recommend to the People of the United States a day of public thanksgiving and prayer to be observed by acknowledging with… Continue

When you are negotiating your lease, be sure to review the royalty payment terms to see how the gas value you will be getting your royalty percentage of is to be calculated. In my part of the country, the land people don't necessarily know about the different ways gas can be valued, and if your gas has high NGL (gas liquids) content there could be additional value that neither you nor the producer is getting unless you are considering them in your contracts.

Some of the midstream… Continue

I had a site member ask me about about discussions regarding drilling activity in other shale plays. He was specifically referring to the Utica and Herkimer shale plays. GMS definitely should be a place to discuss these other shale plays with the Marcellus shale serving as the Umbrella under which ALL other exploration &… Continue

I work for a heavy highway construction company that is interested in breaking into the Marcellus activity around PA and WV. We are looking to get into well site preparation, access roads, and possibly anything else involved in the early stages of well production. I have been to many websites and recently attended the PA Natural Gas Summit at Penn State, but wanted to see if anyone on here had any good ideas on obtaining info, making contacts, or breaking through into the natural gas industry.… Continue

In case you were not aware, all marcellus shale gas drilling in New York State has been on hold for over a year now. This came about because the City of New York decided that hydro-fracking anywhere in NY state would poison THEIR watershed (it started out as the watershed and is now the entire state).

All kinds of extreme "environmental" groups in NY city got together and held campaigns in every borough over the past year to "raise awareness" (in other words, spread bad information… Continue

Hi! Looking for a reputable attorney in Washington County to handle a Marcellus Shale natural gas lease. Any recommendations (or tips on who to stay away from!)? Thank you.

Don't know about you, but I've anticipated the day that Obama would speak to the issue of shale gas and now he has.

"The two Presidents announced the launch of a new U.S.-China Shale Gas Resource Initiative. Under the Initiative, the U.S. and China will use experience gained in the United States to assess China’s shale gas potential, promote environmentally-sustainable… Continue

Lease legality, Dealing with a Lousy Company and a Grandfathered-In Lease

Does anyone know anything about getting out of a bad lease that was in place when we bought our property? We bought 103 acres that has 15 gas/oil wells in terrible shape but still producing. We did not sign anything conserning this lease and it is my understanding that the company can work the lease as long as they like and we don't have any say in how it is handled. We have constant leaks which we bring to their attention to no avail. Our property is littered with broken pipes and rusted out… Continue

I want to welcome the influx of new members that have joined over the last couple of weeks. This site is well on its way to becoming a valuable tool for organizing and sharing information on the Marcellus.

There are a few things that will make this site extremely useful; let me share.

1. Inviting your friends and neighbors. - Like any movement, word of mouth is huge in… Continue

As I understand usual leases, all parties to the agreement sign. In a typical gas lease, the land owner signs, and is witnessed by the landsman. The actual oil/gas company doesn't sign. Does this make the lease either illegal, or less binding, or act as a weasel clause for the oil company to walk away from property/aquifer destruction claims? Clarification would be most appreciated.
Dan

Kill the Drill? How about we "Kill their Switch "?

It's nice to be getting hyperbolic lectures from the biggest contributor of trash... a city that itself has littered the eastern shores of this nation with medical waste and used tires...fortunately, for them, the city has the $$$ to somehow always pay off an outside state to accept their litter.

Washington, D.C. — The U.S. Department of Energy plans to introduce a new, user-friendly online repository of oil and natural gas research results at the Society of Petroleum Engineers' Annual Technical Conference and Exhibition, to be held in New Orleans, La., October 4–7, 2009.
By providing easy access to the results of nearly four decades of research supported by the Office of Fossil Energy’s Oil and Natural Gas Program, the knowledge management database could ultimately help boost… Continue